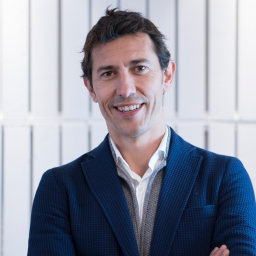 My other (FAV) Blogs!

This is the article written by Matt O’Brien after talking about what is going in Spain with Google News and the infamous “Google Tax” that ended with Google closing their service of news in Spain. This article was published this tuesday, in San Jose Mercury News.

To read the article in plain text click HERE

Pipo Serrano is a Journalist specialized in Radio, TV and Digital Journalism. After more that 15 years working in radio (Onda Cero, Rac1, Punto Radio, Catalunya Radio, RNE) he decided to join a new adventure on TV collaborating in different shows but mainly in 8tv. Initially as the specialist on new technology, mobile disruption and new media and after 3 years, in 2015 joining the team of ‘8 al dia’ with Josep Cuní, one of the most respected anchors in Catalonia, Spain. His goal was to transform a traditional newsroom and the mind-sets of 50 people into a more digital and modern team to tell stories on digital first and on TV afterwards. In September 2015 he started spreading the word about MOJO with his team, and immediately doing some coverage and footage with it. The team “mojo-covered” 2 Spanish elections, the American elections, the refugee crisis in Iraq and Greece, the terrorist attacks in Paris, Nice and Berlin and many other daily stories. Apart from that, in April 2017 he published two books with an importance presence of MoJo. Right now, he is transforming many projects (TV, Documentaries, Corporative Communication into MOJO and digital workflows) Lastly, since 2009 he teaches Digital Journalism to American students in a joint venture of Pompeu Fabra University & University of New Haven, and he is professor of the “Master of Journalism Bcn_NY” of the School of Journalism of Columbia University & Barcelona University. Ver todas las entradas de piposerrano